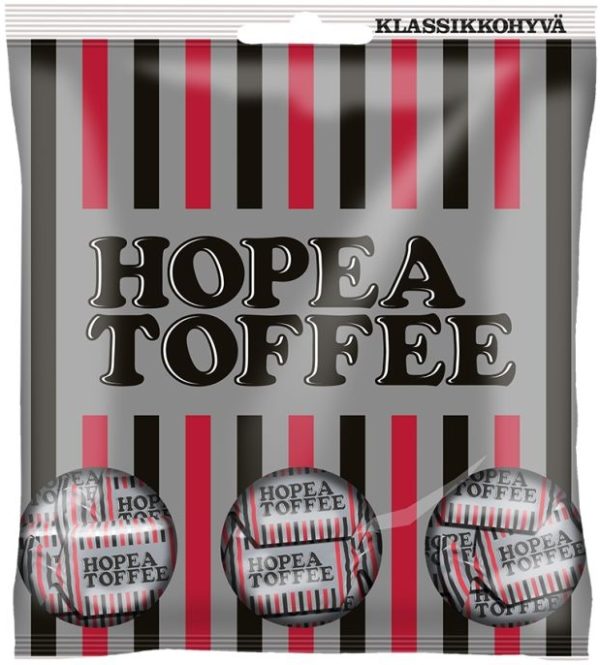 Hopeatoffee (Finnish for “silver toffee”) is a Finnish brand of candy bar, originally launched by Hellas, with a salty licorice and toffee flavour. Production of Hopeatoffee started in the 1970s, and the candy was a new innovation at the time, as salty licorice had not been combined with toffee before. The Finnish Salty Liquorice Association awarded Hopeatoffee the Salmiakki Finlandia prize in 2008 as the best salty licorice product of the year.

There are no reviews yet.

Be the first to review “Hopea Toffee” Cancel reply

has been added to the cart. View Cart